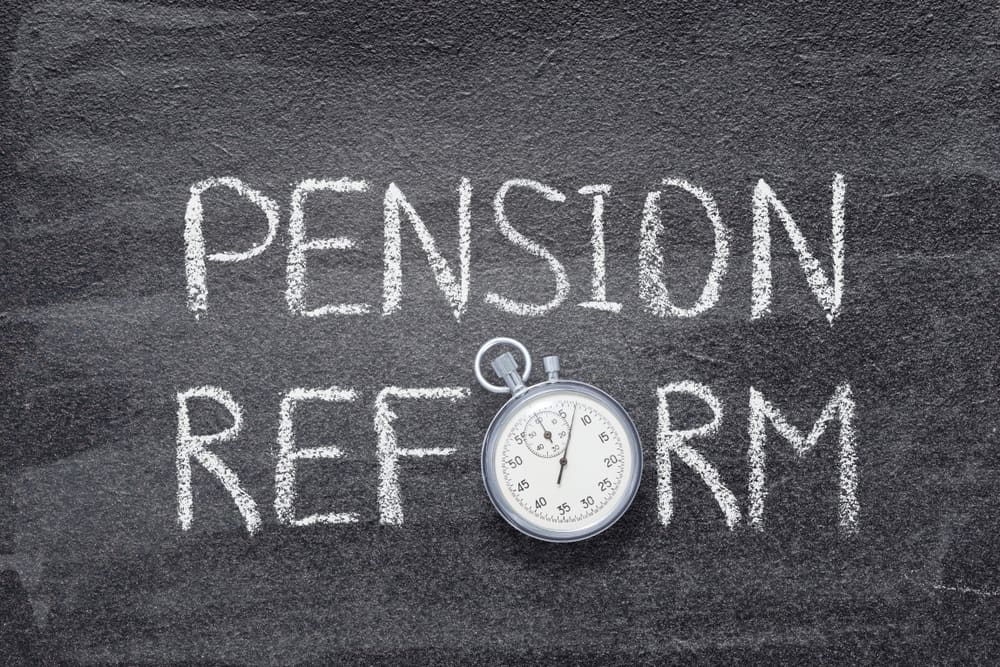 Already postponed many times, the pension reform promised by Emmanuel Macron should be presented to parliamentarians during next year, in 2020 and should come into force in 2025. Inventory of a delicate situation: A retreat that would be based on a universal system », Thus simplifying the current system where no less than forty-two different […]

Already postponed many times, the pension reform promised by Emmanuel Macron should be presented to parliamentarians during next year, in 2020 and should come into force in 2025.

Inventory of a delicate situation:

A retreat that would be based on a universal system », Thus simplifying the current system where no less than forty-two different regimes diverge. A retirement system where “ 1 euro contributed gives the same rights, regardless of when it was paid, regardless of the status of the person who contributed “. This is the retirement system that Emmanuel Macron has committed to putting in place over the next five years.

If it sounds simple on paper, it is quite different in reality. Indeed, the announcement of this project has already sparked a number of demonstrations and social movements across the country. In response to these demands, the president insisted on the fact that solutions will be found so as not to penalize certain professions. Among these: nurses, orderlies and teachers.

At the end of the G7, while Jean-Paul Delevoye advocated the establishment of a pivotal age at 64 years on pain of a discount , the president expressed his preference for an agreement on the contribution period with the social partners rather than on age.

Numerous strike movements took place in the capital during the month of September. Among them, the RATP having paralyzed Parisian transport on September 13 as well as demonstrations on the part of the professional categories lawyers, doctors, pilots and hostesses. Prime Minister Edouard Philippe sought to reassure and calm the discontent of self-employed workers and employees of autonomous regimes by ensuring that convergence could be extended beyond fifteen years and that the switch to the universal regime could therefore be delayed.

The 22 november next, the retirement guidance council will have to rule on the financial situation of the retirement system for the next decade as well as propose measures to ensure its balance when it is actually put in place in 2025.

Summary of the High Commissioner’s recommendations:

On July 18, Jean-Paul Delevoye, High Commissioner for Pension Reform, presented his recommendations for the future universal system. This report , concluded eighteen months of preparation and should serve as a basis for the bill.

The aim of the universal system is that the forty-two currently existing regimes converge into one and the same. All employees will therefore be subject to the same rules, regardless of their status or professional social category. Employees, civil servants, self-employed, liberal professions or farmers will therefore be in the same boat. Special regimes such as RATP or SNCF will be abolished.

In this universal system, each day worked will bring a certain number of points. So we forget the rule of the best twenty-five years in the private sector or six-months in the public. Here it will be a question of take into account the entire career of the asset.

The initial proposal was established on the basis of a certain number of points acquired according to the amount of contributions. The cumulative points are then indexed to the evolution of wages rather than to inflation.

Once the points are transformed into retirement, pensions will be revalued according to inflation as is currently the case in order to maintain the purchasing power of retirees.

Thus, 100 € contributed will accumulate 10 points which will give the right to 5.5 € of retirement per year.

Points of “solidarity” are also provided for periods of inactivity suffered such as unemployment, maternity, sickness or disability. In his report, Jean-Paul Delevoye recommended that family caregivers should also benefit from these points.

In accordance with Emmanuel Macron’s presidential campaign promise, employees will be free to retire from the age of 62 . Nevertheless, a reference to the “full rate” with a pivotal age will be maintained. This is to encourage active people to retire later.

In 2025, this pivotal age will be set at 64 . A discount or premium of approximately 5% per year will also be applied. It will reduce or increase the retirement pension for each year worked more or less.

Finally, this pivotal age will vary according to the life expectancy of the generation to which the insured is attached.

Employees in the private sector, special schemes and civil servants:

An online platform was opened in order to allow French citizens to express themselves on the pension reform. This platform is part of the citizen consultation system on pensions. This will take place until December 2019, in parallel with discussions with social parliamentarians.

Do you need advice on how to best plan your future retirement?

So don’t hesitate to Contact us , our HR experts are there to help you!

We use cookies on our website to give you the most relevant experience by remembering your preferences and repeat visits. By clicking on "ACCEPT ALL", you consent to the use of ALL cookies. However, you can visit "Cookie Settings" to provide controlled consent.

This website uses cookies to improve your experience while you navigate through the website. Out of these, the cookies that are categorized as necessary are stored on your browser as they are essential for the working of basic functionalities of the website. We also use third-party cookies that help us analyze and understand how you use this website. These cookies will be stored in your browser only with your consent. You also have the option to opt-out of these cookies. But opting out of some of these cookies may affect your browsing experience.
Necessary Always Enabled
Necessary cookies are absolutely essential for the website to function properly. These cookies ensure basic functionalities and security features of the website, anonymously.
SAVE & ACCEPT